You are here: Home » News » Information on led display » Why we see dark band as we take shoot of led screen by phone?

Why we see dark band as we take shoot of led screen by phone?

Why we see dark band as we take shoot of led screen by phone?

To learn the trues,firstly,please let us to know the principle of camera imaging and the display principle of led display: 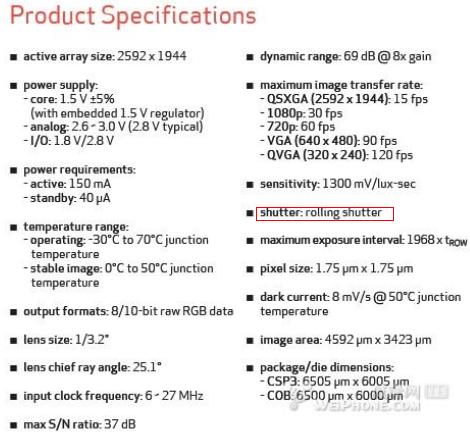 Rolling shutter mode by line exposure and line by line to read the data below:

It is clear that the exposure time points are different, and the time span required for all rows is long, depending on the data readout speed.

LED display’s gray scale through the sub-field arrangement to achieve, usually in order to improve the visual refresh rate will be the total number of sub-field broken up into multiple parts to achieve, each part part of the realization of partial gray, but not complete gray.The following figure shows the 8 scan:

In the above figure, the black time is not displayed, usually 30 ~ 150uS, usually to eliminate the field synchronization jitter to show abnormal settings.

According to the previously mentioned Rolling shutter imaging method to take a picture of the time span is longer, there may be some rows of sensors in the exposure to the black time part of the acquisition, resulting in the image of these lines dimmed, resulting in dark band, and because Sensor imaging and LED display display is not synchronized, usually dark band is rolling,like the below picture: 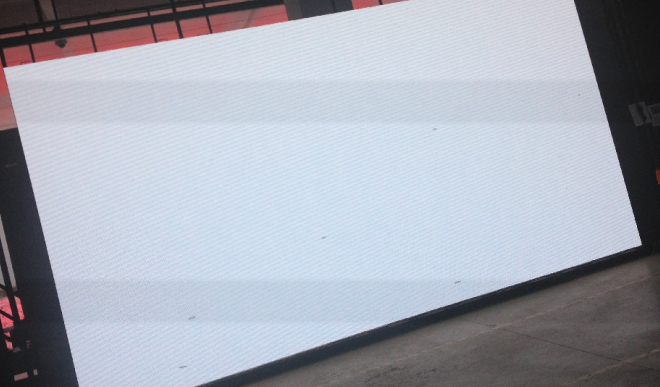 Of course, for a specific application, in the case of front-end field synchronization stable, you can adjust the display control system to reduce the black field time, thereby reducing the impact of black time on the camera.

And another kind of shooting to the dark line rolling because some rows of exposure to collect some of the gray part, and other lines of exposure to another gray part of the collection, different parts of the realization of the gray part or different The eye is very sensitive to the rules of the bright and dark stripes, 1% of the brightness difference can distinguish.Especially when the control system brightness parameter adjustment is lower will be more aggravated this difference between different parts of the jump (due to high bit does not achieve).This kind of black line rolling can be used by using the pwm type driver chip to reduce the display, because the pwm chip can reduce the gray difference between the various time slices (that is, to improve the low gray level refresh rate), if the use of general-purpose drive Chip, and the need for lower brightness, it is best to reduce the brightness through the control system efficiency, rather than directly drop the brightness parameters, so as to ensure that all parts of the high as much as possible to achieve, reduce the difference between the part.

This form of dark line effect as follows:

Home | Products | News | About Us | Contact Us | Feedback | Sitemap